Windows is no doubt one of the best operating system as it allows and gives more freedom to you in terms of what you to do it to make it more personalized and take control of various things directly into your hands, you can make it do in way you want to do it for you unlike Mac Os and I mean this and can give more than 10 examples of the same.

One such good feature which I like a lot is Multi Monitor Setup which is in built in windows as shown in the image below.

But if there is problem in terms of missing feature in windows there is solution to the same by installing a software and most of the time this software is free to use so you don’t have to pay almost for everything like Mac OS X.

Some tools for windows that could add a taskbar to extended monitor and do a lot more are mentioned below.

Actual Multiple Monitors – This software is something that could provide you a taskbar on every monitor you have connected to your PC but with a start button, add icons to extended multiple monitor desktop area, open date and time properties just like the primary monitor windows taskbar, you can pin items to taskbar, you will see live previews of the windows opened in extended multiple monitors, you will access to have jump lists and almost any other feature which you see in the windows taskbar and yes its free as well. 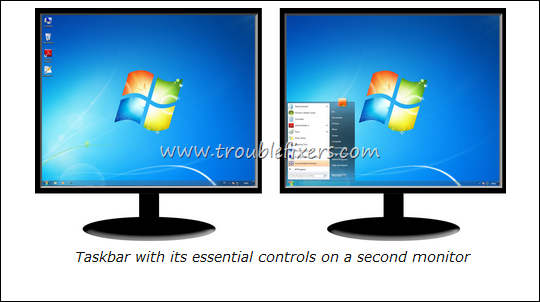 Multimonitor taskbar is another freeware which extends Windows 7 taskbar on multiple monitors attached to your system. The program lets you quickly minimize or maximize application windows from any extended monitor and not just the primary one. It provides you the option to move windows easily from one monitor to other. 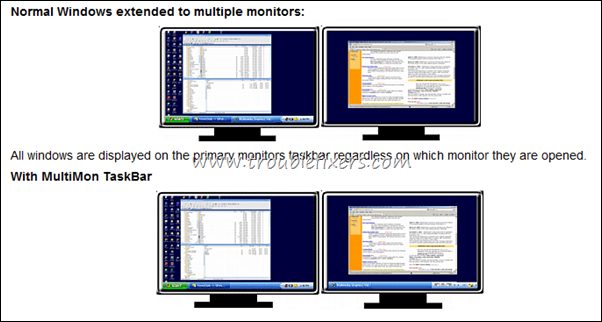 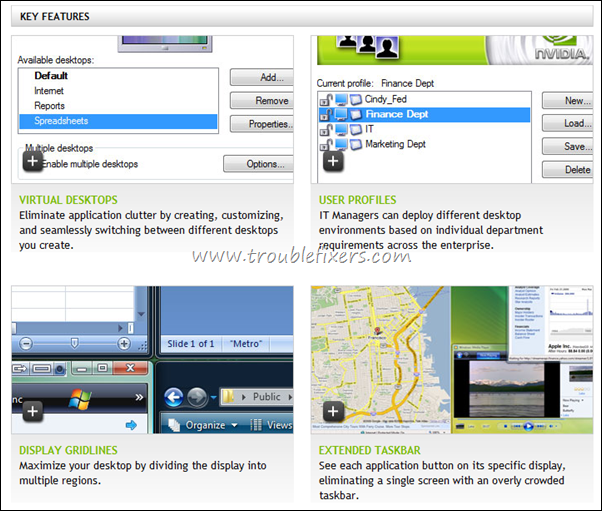 Some other free software which does the same thing are, Dual Monitor which works with Windows 7 and Windows Server 2008 R2 and provide the following features like.

90% of the users using it recommend it to others.

On the other hand, ZBar is another utility for those who use multiple monitors. ZBar will:

Some Other Paid and But Good Programs For This Purpose

You can search these software on google to find the download website and features, one thing we should say that these paid ones provide much more useful and extra features than the free one which you will love once you use them.