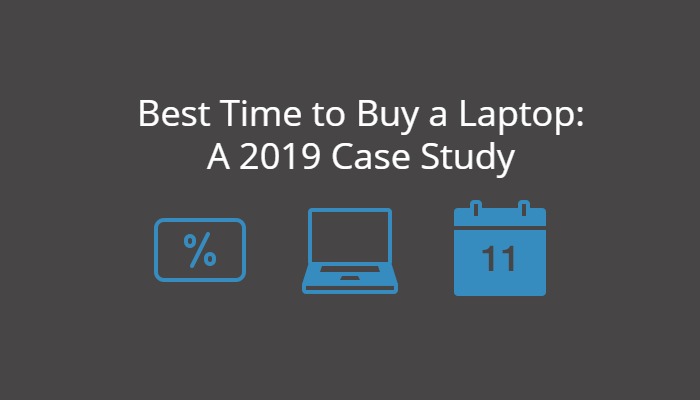 If you’re just looking for a quick answer, the data suggests laptops are likely to go on sale during these times:

Additionally, I found that laptop prices are most likely to drop about 6 months to a year after release. Keep reading to find out how I collected and analyzed the data, and for some pretty graphs.

When is the Best Time to Buy a Laptop

To figure all this out, I tried to select a diverse sample of laptops with a rating of 4.0 or more (determined by Keepa). I selected laptops with fairly good reviews because no one really cares about laptops with poor reviews, and to keep the data consistent.

When Laptops Go on Sale and Why

As I mentioned before, laptops tend to go on sale January, March, July - August, Black Friday (Friday after Thanksgiving in the US), and December before Christmas. Is it just coincidence that these are the best times of the year to buy a laptop or can we make sense of this?

First of all, it’s obvious that December before Christmas is probably the best time to buy a laptop. This is because many people are buying for the holidays and retailers want to take advantage of that by enticing consumers with deals. Also, early to mid January happens to be when these deals are just about to end.

Black Friday also has potential to be the best time to buy a laptop because this is a holiday known for great deals. Laptops are no exception to this.

What about March, July, and August though? I was surprised myself to see the amount of laptops that went on sale during this period, and how much they were discounted by.

I think the main factor here has to do with when PC manufacturers release new laptops. In fact, new laptops are usually released during spring, back-to-school season (June -August), and the holiday season (September to December). If an upgrade or refresh for a laptop is being released, it makes sense to put the old one on sale.

How I Analyzed the Data

First of all, here are the actual price charts I used to come up with the price and discount heatmaps above:

The laptops I selected were:

Of course, I’m not perfect and couldn’t be 100% accurate, but I think this is a fairly solid process. Also, I only selected a single example of price drop and sales above, even though that chart has several sales and price drops.

It’s one thing to want to catch the best deal on a laptop you want to buy, but what about laptops that haven’t come out yet? Want to try to time it so that you get the newest laptop when it comes out?

Luckily for you, I took a look at that too.

As I said before, laptops are usually released at three times of year:

Take a look at the past release dates of the popular ThinkPad T series for an example of this:

To no surprise, you’ll see that Macs are usually released that the same general times as other laptops. However, Apple usually refreshes their laptops about once a year. For example, they tend to not release more than one MacBook Air model in the same year.

Take a look at the timeline of Mac laptop releases in the past few years (courtesy of Wikipedia):

Sometimes MacBook Pros are refreshed more than once a year, but MacBooks and MacBook Airs are consistently released once a year.

My recommendation: If you want to buy the new Mac, wait until Black Friday or the holidays to time new releases with the best deals.

For example, Intel released their 8th Generation Core i9 Processor (Coffee Lake) in Q2 2018. In September 2018, a few months later, the ASUS Zenbook Pro UX550GD and Lenovo ThinkPad X1 Extreme came out. Both of these laptops include Intel’s new CPU.

So if you want the newest and fastest hardware for your computer, it may be worth to keep an eye out for the next Intel CPU and Nvidia release. Specifically, be on the lookout for Intel Ice Lake.

How to Get the Best Deal

Even if you find a laptop on sale, this could be a discount from an abnormally high price anyway. Especially with laptops, sales can be misleading since prices fluctuate a lot. Another thing to consider is that sites like Amazon could be advertising laptop sales just to price-match their competitor’s normal prices.

So what should a savvy laptop buyer do to ensure they get the best deal?

Use a Price Tracking Tool

There are a couple of sites that track prices of Amazon and other retailers over time. This way, you can see the product’s normal price, and if a sale is actually well...a sale.

A free, popular choice is Camelcamelcamel, which allows you to track and receive alerts for millions of products. Just looking at this chart, you can see that Amazon usually has the best price for this particular laptop.

Useful features like price tracking and alerting on Keepa are also free. I personally like the graphs better since they’re interactive. However, the downside is that they only include Amazon (and third party sellers using Amazon) data. For example, check out this graph for the same laptop that’s missing third party data.

User reviews, especially large amounts of them, can be a good indicator whether or not a laptop is worth the price. However, due to the size of Amazon, you could run into fake reviews of products to artificially boost their ratings.

Before you purchase on Amazon or another site, you should ignore fake reviews. To spot them, you can use FakeSpot with Amazon, Best Buy, Walmart, and others. If FakeSpot isn’t supported for the site you want to buy on, check out this article on how to spot fake reviews yourself.

Finally, you should try out the HoverHound extension to specifically look for NewEgg price history and price comparisons. With all of these tools at your disposal, you should have no trouble scoping out the right price for your laptop. 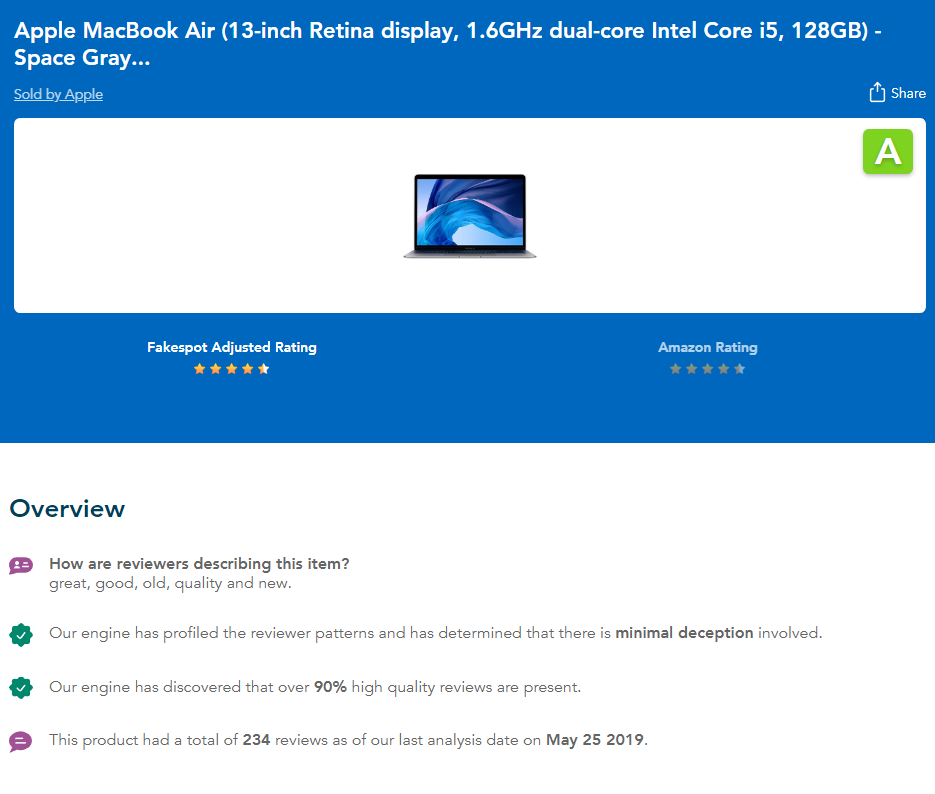 There are many things to consider when looking for the best time to buy a laptop. In terms of discounts, you’ll most likely find the best sales during the spring, back-to-school, and the holiday season. Be on the lookout and try to snipe Black Friday deals.

If you want the newest, best hardware, keep an eye out for Intel and Nvidia release dates. Most of the time, a few months after these releases PC manufacturers will refresh their laptop models with better specs.

When do you think the best time to buy a laptop is? What has been the best deal you’ve gotten? Let me know in the comments!