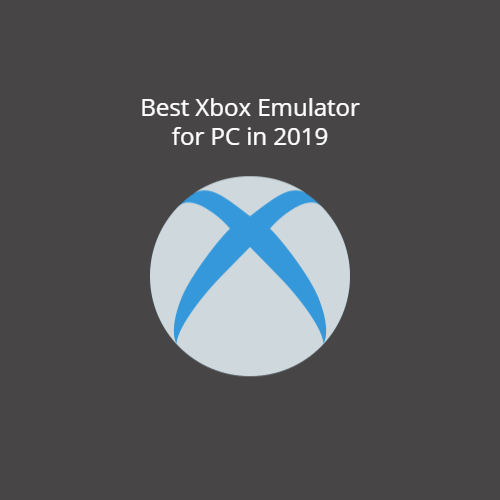 It’s no secret that the Xbox is infamous for being one of the most difficult consoles to emulate properly. At long last, the efforts of many dedicated developers have paid off, and we now have more than one working original Xbox emulator. However, two stand out from the pack:

I took the time to test out each Xbox emulator currently available, and these two were so far ahead it wasn’t even worth comparing them to the others. Keep reading to find out which is the best Xbox emulator.

As you can see, based on several factors, XQEMU is the best Xbox emulator. If you can get it to work, that is. Let me break this graphic down further.

Isn’t the main point of emulation to play all of your favorite games? XQEMU supports about 275 games at the time of writing, and Cxbx-Reloaded supports about 60 (including Sega Chihiro). By “support,” I mean that you can play through the game (although some games may have minor issues with graphics and lag).

To save you some time, here is a list of the top 25 Xbox games of all time according to IGN, and which Xbox emulators they work on:

This is the one category where Cxbx-Reloaded destroyed XQEMU. For Cxbx-Reloaded, you only need to make sure you have a few prerequisites installed, and it works out of the box. It also has a handy GUI:

I should mention that XQEMU also has a basic, official frontend called XQEMU-Manager that runs as a Python script:

For XQEMU, the Getting Started instructions are basically:

Needless to say, this took me forever to set up properly.

Due to the nature of how XQEMU does Xbox emulation, you unfortunately need all of these things to get it to work. However, these are copyrighted files, so I won’t go into detail on how to acquire them. I’m sure if your Google skills are strong enough you’ll be able to make progress here.

XQEMU supports all major operating systems, while Cxbx-Reloaded only has official first-party support for Windows. As of October 2017, you can run Cxbx-Reloaded on Linux using Wine though.

Both XQEMU and Cxbx-Reloaded are under active development. Features, bug fixes, and support for new games are constantly being added. In fact, Jannik Vogel of XQEMU and Luke Usher of Cxbx-Reloaded both have Patreons since they work so hard on their respective projects. I’m personally really excited to see what the future of these Xbox emulators holds.

Why is Xbox Emulation So Hard?

There are many reasons why there are no Xbox emulators on the same level as emulators for other consoles like the N64 or PS2. I’ll try not to get into too much detail since there’s some good discussion of this online. The main reason is that the Xbox’s hardware is incredibly complex and not very well documented.

Given how difficult xbox emulation is, the Xeon Xbox emulator deserves a special mention. It can only run one commercial game (Halo), and it plays very roughly. However, that is a huge accomplishment that not even Cxbx-Reloaded can do (yet).

Although there still aren’t any Xbox emulators that can play my all-time favorite Xbox game, Ninja Gaiden, XQEMU, Cxbx-Reloaded, and even Xeon are Xbox emulators that all do a great job compared to all other available options. Which Xbox game is your favorite? Let me know in the comments!