This applies for google chrome version 21 or above, I had was 21.0.1180.83 and there was possibly no way to go back to earlier version. 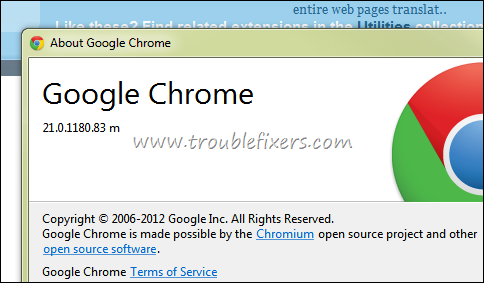 After some searching around I came to know that there are two simple ways I can install extensions outside the google chrome web store in two different ways.

Firstly the most simple way to do it, by first downloading the chrome extension file which most of the time have the extension of .crx and once you have downloaded the extension on your PC from the third party website, you just need to drag and drop the file extension with mouse left click under extensions tab in google chrome. 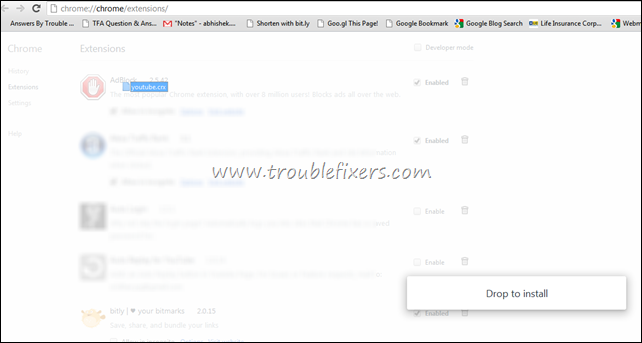 But by following above method you could face the following error saying this can only be added from chrome web store.

If the above method does not work for you, then you can follow the second method given below.

Allow Extensions To Be Installed From Outside Web Store

In this method you can set the configuration in google chrome to install the extensions from outside google chrome, for this you will need to modify the target string in the google chrome desktop shortcut menu. You need to append a extra parameter on the shortcut mentioned below. 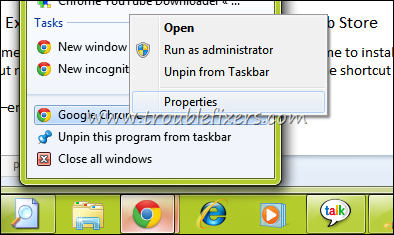 Now you need to add the string to the target shortcut as shown in the image below. 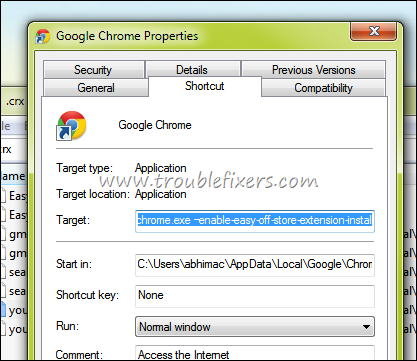 That’s it – shut down google chrome now and next time you launch google chrome using this shortcut, you will be able to install extensions from any website.

Please Note: Above guide is for admins and chrome developers who would like to test extensions before they are on google chrome web store, if you are not one of these we recommend you to install extensions only from google chrome official web store unless you know what you are doing as third party extensions can do harm to your privacy some times.