One of reader Mohit wants to know how can he get to know about which folders are opened on his computers by others in his absence, as in his question he asked us “How Can I Find Out Recently Opened Folders On Windows 7 or Later?”.

In windows 7 there is a simple way to find out the list of recent  folders which are opened, this feature can be easily accessed with windows explorer as illustrated in the image below. 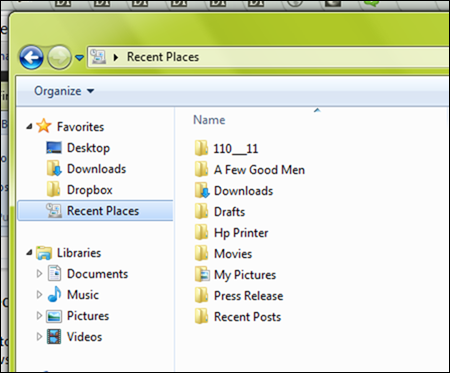 For this you just need to launch windows explorer by pressing Windows Key + e and then select recent places as shown in the image above. Just in case for some reason you want to clear out the list of recently opened folders in windows 7 or later, read here