Once the install process was complete I decide to edit a video using the movie maker, I was really amazed with the over all improvements made in the design UI and other options which were quite easy and fast to use in the new movie maker 2012 version. After the editing was complete when I saved the video in High Definition [720p] and it started processing to save the video but after some time it pops up an error saying there is not enough space to save this file – error snapshot is shown in the image below. 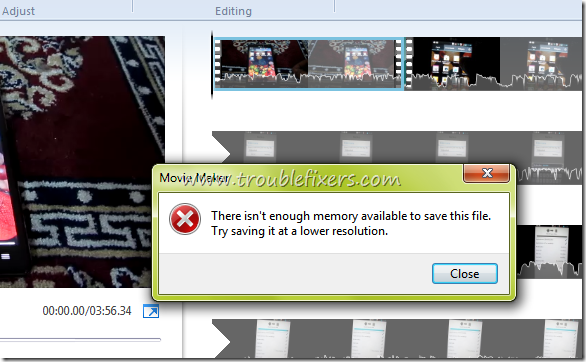 I though really ? as the drive where I was saving the file was around 250 GB out of which around 230 Gb which was much more than size of the new produced video which was around 200 -300 MB then I though this could be for the Low RAM but that’s not possible as this machine is powered by 4 GB of RAM out of which 2gb was free at the time of video processing and more over there was no other task or program was running in this windows laptop where I was doing this editing.

Windows live essentials 2012 has different system requirements which could be a reason for this error, if your PC has requirement lower than mentioned below then you need to update your hardware to use the live movie maker 2012 or download the older version of live movie maker which used to come with vista and xp as preinstalled program.

Save Movie In Recommend Resolution In Movie Maker

One solution which may work for some people and solve this issue is if you save the output video file after editing in windows movie maker as recommended for this project that might help you to get rid of this error. You can see in the image below how you can set the recommended resolution and video format which could avoid this error. 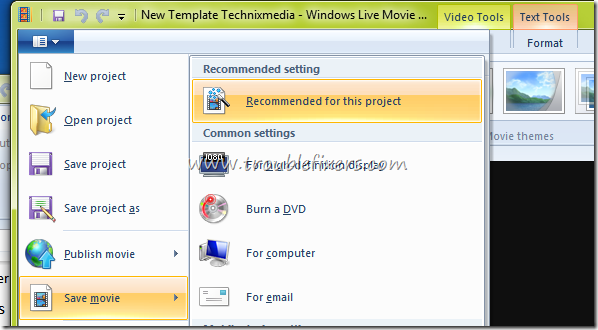 If none of the above method works then you have to install the older version of movie maker, the best version which will not take you so back in terms of feature and will work fine with all the formats and resolution at which you would like to produce a video. 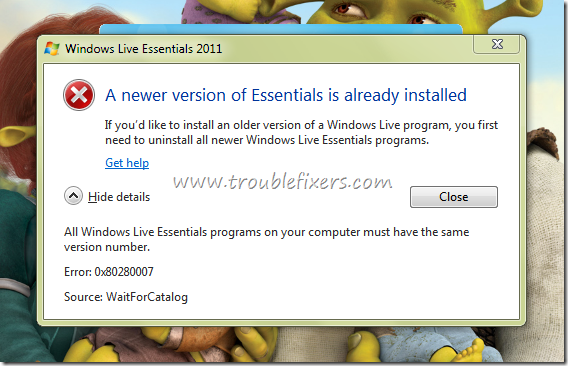 Above error clearly indicated that I need to get rid if the of all programs under live essentials 2012 and reinstall them again as live essentials 2011 version, for this you first need to go to control panel >> programs and features or add remove programs in some versions of windows and remove it. 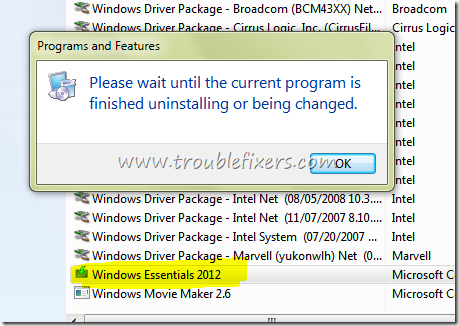 Once removed, you can download the web installer for live essentials from FileHippo and but before running the installer make sure you restart your PC after uninstalling windows live movie maker.  This file which you download from filehippo is a web installer which allows you to download all the programs of live essentials 2011 so this way you can revert back to old windows live movie maker 2011 which is good enough to run on almost any good or average hardware equipped windows computer.