Ubuntu is one such great version of Linux which has been improved a lot since its made public, some days back I was playing around the option in Ubuntu 10.04 on my desktop machine, suddenly I right clicked on the top panel shown in Ubuntu and selected Delete This Panel. Once I did this mistake the top panel was gone and I found my self helpless in opening any application or could not even open home folder on my Ubuntu.

If you have also deleted top panel in Ubuntu due to any reason and wants to restore it back then follow the procedure below.

There are 2 ways with which you can re create the top panel in Ubuntu, the first one requires you to type some commands and other one just require you to download and run the script to restore the top panel menu in Ubuntu.

1. Press Alt+F2 , and in the run dialog box, type gnome-terminal then click on Run button as shown in the image below 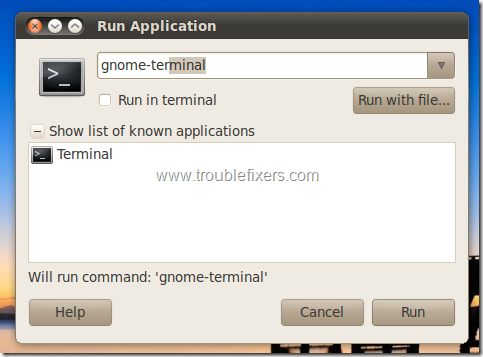 2. Once you see the terminal type the following commands one by one : 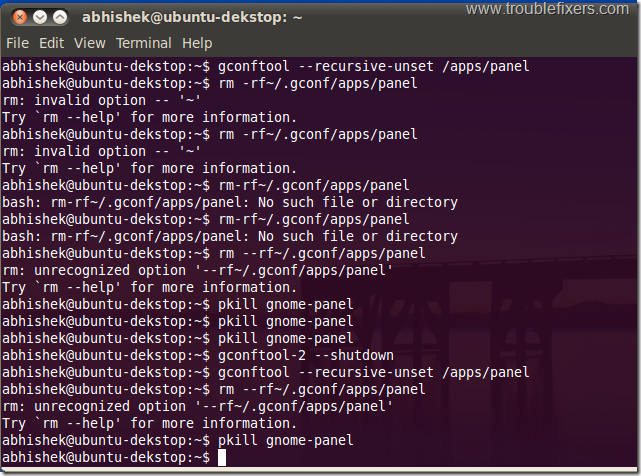 3. Once you have typed all these commands you will see the top panel will appear again in Ubuntu.

PanelRestore is a small program that will allow you to restore the default Ubuntu panels quickly. it will also allow you to backup and restore your existing panel configurations. In order to restore the top panel, just download the archive and extract the script PanelRestore.sh. Double click on this file and you will be presented with a pop-up window asking you what you want to do – click Run button.