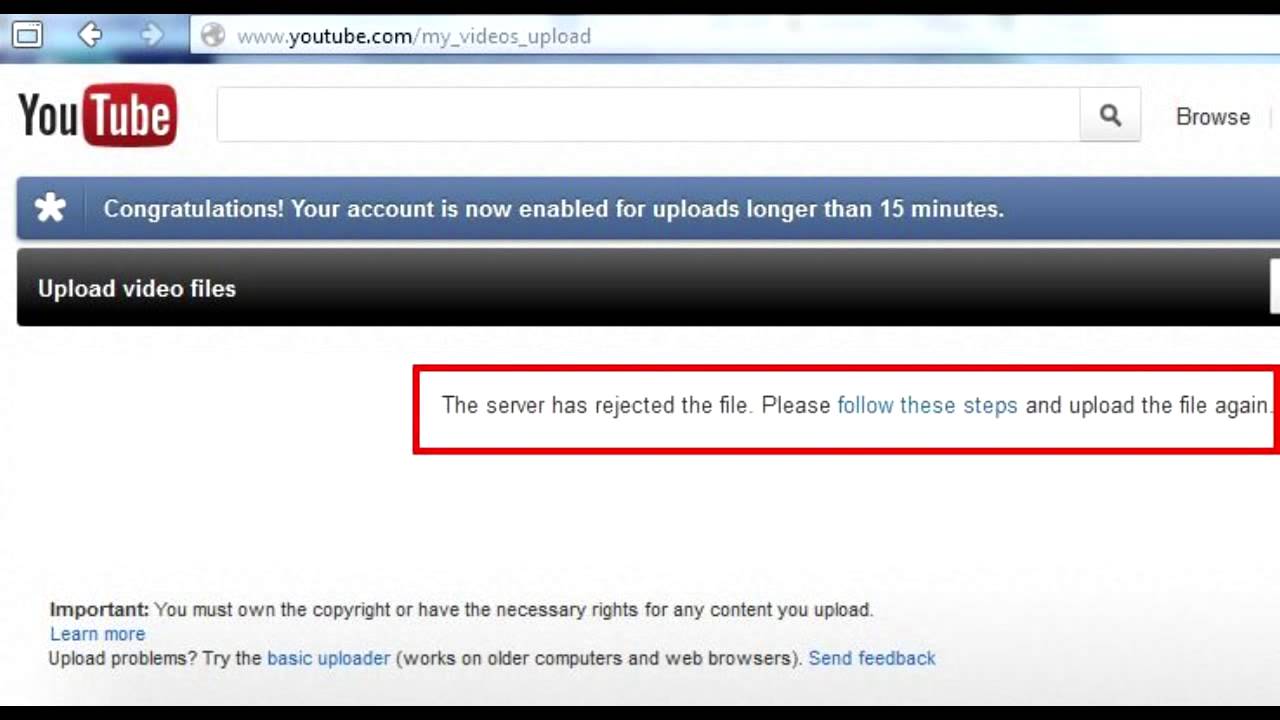 Such youtube issues may occur certain types of youtube files of certain extensions  and it may happen with youtube video in which title of the youtube video has some special characters or words which are not accepted on youtube as per the community guidelines.

Video Got Rejected Due to File Type Not Supported

Youtube actually supports a wide variety of the range of video and audio formats as mentioned below, so please make sure that your video has on of the following extensions for video file.

If your video extension is supported by youtube but you are still facing the issue then make sure the video is playing in the any video player on your computer without any issues or lag as wrong or invalid or corrupted video could also be responsible for the same.

Additional Tip: Youtube also has started the support to upload the .MTS format which is the common format for handycam which record videos on memory SD cards.

Another simple way to fix this issue was if you try uploading the same file using the private or incognito mode in your favorite browser including google chrome, firefox or IE it did worked for many youtube vloggers and uploaders to fix the problem as it will exclude the use of browser extensions, which may interfere with communication between your computer and YouTube. Ad blocking extensions, for instance, are commonly responsible for these problems.

Make Sure Firewall or Antivirus is Not Stopping this Upload

There are times when it could be due the firewall or antivirus installed on your computer which is blocking this upload and preventing the file to be uploaded considering it as a suspicious activity so make sure to disable these temporarily so that they don’t block or check the settings that they don’t block this activity.

Youtube server also recognize each video with its file name and video time and other attributes, so in case if you are trying to upload the same video file with a different name by mistake or unknowingly  it will detect it as duplicate upload and will reject the file.